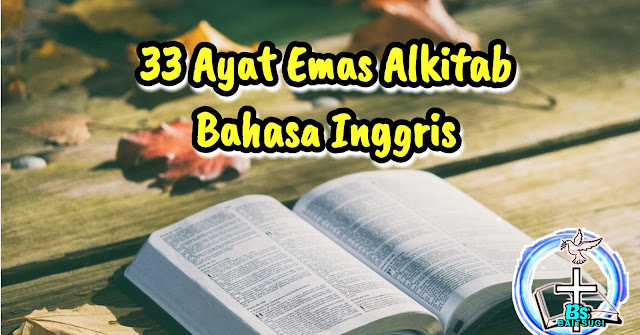 2 Kings 7:8…”When these lepers came to the outskirts of the camp, they entered one tent and ate and drank, and carried from there silver and gold and clothes, and went and hid them; and they returned and entered another tent and carried from there also, and went and hid them.”
2 Kings 14:14…”He took all the gold and silver and all the utensils which were found in the house of the LORD, and in the treasuries of the king’s house, the hostages also, and returned to Samaria.”
2 Chronicles 21:3…”Their father gave them many gifts of silver, gold and precious things, with fortified cities in Judah, but he gave the kingdom to Jehoram because he was the firstborn.”
Isaiah 60:17…”Instead of bronze I will bring gold, And instead of iron I will bring silver, And instead of wood, bronze, And instead of stones, iron. And I will make peace your administrators And righteousness your overseers.”
Joshua 6:18-19…..”But as for you, only keep yourselves from the things under the ban, so that you do not covet them and take some of the things under the ban, and make the camp of Israel accursed and bring trouble on it. “But all the silver and gold and articles of bronze and iron are holy to the LORD; they shall go into the treasury of the LORD.””But where can wisdom be found? And where is the place of understanding? “Man does not know its value, Nor is it found in the land of the living. “The deep says, ‘It is not in me’; And the sea says, ‘It is not with me.’read more.”Pure gold cannot be given in exchange for it, Nor can silver be weighed as its price. “It cannot be valued in the gold of Ophir, In precious onyx, or sapphire. “Gold or glass cannot equal it, Nor can it be exchanged for articles of fine gold. “Coral and crystal are not to be mentioned; And the acquisition of wisdom is above that of pearls. “The topaz of Ethiopia cannot equal it, Nor can it be valued in pure gold.
Baca Juga : “Sembilan Doa ini Dapat Memulihkan Pernikahan anda”
Psalm 45:9...”Kings’ daughters are among Your noble ladies; At Your right hand stands the queen in gold from Ophir.”
Psalm 72:15…”So may he live, and may the gold of Sheba be given to him; And let them pray for him continually; Let them bless him all day long.”
Psalm 105:37…”Then He brought them out with silver and gold, And among His tribes there was not one who stumbled.”
Deuteronomy 8:12-14…”otherwise, when you have eaten and are satisfied, and have built good houses and lived in them, and when your herds and your flocks multiply, and your silver and gold multiply, and all that you have multiplies, then your heart will become proud and you will forget the LORD your God who brought you out from the land of Egypt, out of the house of slavery.”

Deuteronomy 17:17…”He shall not multiply wives for himself, or else his heart will turn away; nor shall he greatly increase silver and gold for himself.”

Joshua 22:8….”and said to them, “Return to your tents with great riches and with very much livestock, with silver, gold, bronze, iron, and with very many clothes; divide the spoil of your enemies with your brothers.”

2 Kings 20:13…”Hezekiah listened to them, and showed them all his treasure house, the silver and the gold and the spices and the precious oil and the house of his armor and all that was found in his treasuries. There was nothing in his house nor in all his dominion that Hezekiah did not show them.”

Isaiah 39:2…”Hezekiah was pleased, and showed them all his treasure house, the silver and the gold and the spices and the precious oil and his whole armory and all that was found in his treasuries. There was nothing in his house nor in all his dominion that Hezekiah did not show them.”

2 Chronicles 1:15…”The king made silver and gold as plentiful in Jerusalem as stones, and he made cedars as plentiful as sycamores in the lowland.”

2 Chronicles 32:27…”Now Hezekiah had immense riches and honor; and he made for himself treasuries for silver, gold, precious stones, spices, shields and all kinds of valuable articles,”

Job 3:15…”Or with princes who had gold, Who were filling their houses with silver.”
Proverbs 20:15…”There is gold, and an abundance of jewels; But the lips of knowledge are a more precious thing.”

Ezekiel 28:13…”You were in Eden, the garden of God; Every precious stone was your covering: The ruby, the topaz and the diamond; The beryl, the onyx and the jasper; The lapis lazuli, the turquoise and the emerald; And the gold, the workmanship of your settings and sockets, Was in you. On the day that you were created They were prepared.”

Daniel 11:8…”Also their gods with their metal images and their precious vessels of silver and gold he will take into captivity to Egypt, and he on his part will refrain from attacking the king of the North for some years.”

Job 3:15…”Or with princes who had gold, Who were filling their houses with silver.”

Ezekiel 28:4…”By your wisdom and understanding You have acquired riches for yourself And have acquired gold and silver for your treasuries.”

Zephaniah 1:18…”Neither their silver nor their gold Will be able to deliver them On the day of the LORD’S wrath; And all the earth will be devoured In the fire of His jealousy, For He will make a complete end, Indeed a terrifying one, Of all the inhabitants of the earth.”

Zechariah 9:3…”For Tyre built herself a fortress And piled up silver like dust, And gold like the mire of the streets.”

Zechariah 14:14….”Judah also will fight at Jerusalem; and the wealth of all the surrounding nations will be gathered, gold and silver and garments in great abundance.”

James 2:2….”For if a man comes into your assembly with a gold ring and dressed in fine clothes, and there also comes in a poor man in dirty clothes,”

Revelation 18:16….”saying, ‘Woe, woe, the great city, she who was clothed in fine linen and purple and scarlet, and adorned with gold and precious stones and pearls; “

Isaiah 13:12…”I will make mortal man scarcer than pure gold And mankind than the gold of Ophir.”

Job 28:5-6….”The earth, from it comes food, And underneath it is turned up as fire. “Its rocks are the source of sapphires, And its dust contains gold.”

Genesis 2:11-12….”The name of the first is Pishon; it flows around the whole land of Havilah, where there is gold. The gold of that land is good; the bdellium and the onyx stone are there.”